A good analysis of what has been and what state the world is in now.

The human-race is like a car which is rolling towards the edge of a cliff and instead of hitting the brakes we seem to be hitting the gas. 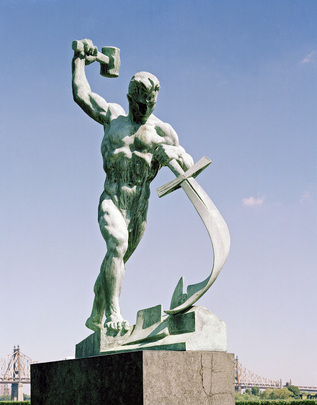 At the UN Headquarters, “let us beat our swords into ploughshares”

The vast majority of people just want to get on with their lives, wanting to raise their families in security both financially and physically, but we now live in a time when that is becoming harder and harder for more and more people. Society is becoming very deeply divided and tribal, politics,religion race and wealth are the dividing factors.

After World War 2, there was a period when things seemed to be going reasonably well. During that time we saw nations rebuilding themselves along with the fall of colonialism, businesses were booming and the quality of life was improving for the majority, medical care was made easily available, housing was easy…

2 thoughts on “The state of things”