On the 8th of January, 1940, food rationing was introduced in the United Kingdom as the Second World War raged on.

Petrol had been rationed since 1939, but in January restrictions were placed on bacon, butter and sugar.

Many more restrictions were introduced as the war continued, including wider rationing of meat, as well the rationing of things like tea, milk and biscuits.

Rationing on many products didn’t end until years after the war. 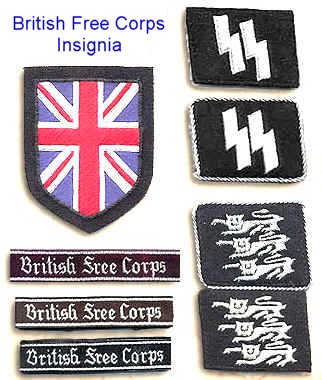 An unnamed Czech nurse has been honoured by her community for her radical method of bringing down the Nazis that invaded her town in the 1930s.

The ‘femme fatale’ divided the people of Trebon in what was then Czechoslovakia when she exacted revenge on Nazi invaders by sleeping with them to give them STDs such as syphilis that would kill them.

It is believed the woman, who worked at a local hospital, decided to take action when she was raped by a Nazi soldier shortly after the occupation in 1938.

“Unfortunately we don’t know her exact name. But we know that she was assigned to look after wounded German soldiers and began affairs with them.”

She was initially shunned by her community, who despised her for sleeping with the invading enemy soldiers. But her cunning plan soon swayed opinions when soldiers began…

via Czech Nurse Honoured for Sleeping with Nazi Soldiers to Give Them STDs and Kill Them.

This month marks the 70th anniversary of the end of the Warsaw Uprising. By the summer of 1944 the tide of the Second World War had turned. The Soviets, now Allies, had reversed the German advance, and France was fighting towards liberation. Sensing change, the Polish government-in-exile authorized their highly organised resistance ‘Home Army’ to rise up against the extremely brutal Nazi forces occupying their capital.

On the 1st August thousands of Polish men, women and children launched a coordinated attack. The Poles had faced invasion on two fronts at the start of the war, and were well aware of the dual threat to their independence. Their aim now was to liberate Warsaw from the Nazis so that they could welcome the advancing Soviet Army as free, or at least fighting, citizens. Moscow radio had appealed to the Poles to take action, but the Red Army then deliberately waited within hearing distance for the ensuing conflict to decimate the Polish resistance before making their own entry. The Warsaw Uprising is remembered as one of the most courageous resistance actions of the Second World War, but also…

Continue: The History Girls: Women of the Warsaw Uprising, by Clare Mulley.

Originally posted on The History Girls

I first read Hide & Seek when I was researching my biography of Krystyna Skarbek, aka Christine Granville, the first woman to work for Britain as a special agent during the war. Christine had saved Xan’s life, at huge personal risk, in the summer 1944 while they were both serving in occupied France. Xan never forgot his debt, and dedicated Hide & Seek to Christine’s memory, so I was thrilled when Folio asked me to …

Tucked away at the end of a platform at Bristol Temple Meads railways station, there are some photographs taken by Mark Perham (for a project called ‘Reverberations’ ) of people who work, or have worked, at the station. When I spotted them the other day, as I waited for a train, they moved me; they made me think how many people have given day after day, year after year of their working lives to that station. They made me think how precious are individual lives – lived only once. And they made me reflect, too, on the fact that when each person retires – or dies – that deep accretion of experience, built up over all those days and years, leaves with them.

I thought of this same point when reading coverage of the D-Day commemorations last week in Normandy. I was shocked to realise that, all too soon, the whole of the generation that served in World War II will have gone.

When I was growing up, it was the World War I generation that was elderly, whose numbers were dwindling; even so, I heard many desperately moving interviews with veterans on television and radio, and there were many men and women attending the yearly commemorations who had been there. The World War II generation, by contrast, seemed robust and all around me – energetic people in their 60s. My great-uncle told me stories of his war service in the Middle East and my grandfather (to my great delight) gave me the fascinating coins he’d collected while serving in North Africa – and his Army Ordnance Corps badges too. Although both wars were (of course) a very long way from my own experience, neither felt completely out of reach, since the thread connecting me to them was a living one. Knowing (or seeing) individuals who had been involved, and hearing them speak of their experiences, played a huge part in this sense of proximity and emotional connection. As my children learn now about the World Wars at school, I am aware how different it is for them: once a generation has gone, once the events they lived through have passed out of personal memory and into what we call ‘history’, that connection can never be quite the same…

via The History Girls: The Personal and the Political, by H.M. Castor.

I was prompted to search for information about Folke Bernadotte after seeing a fascinating documentary of his life on Al Jazeera last night. The name was familiar but the full story of his experiences was a revelation.

Folke Bernadotte was a well-known Swedish diplomat and quasi royal nobleman who was noted for his dedicated negotiations for the release of about 31,000 prisoners from German concentration camps during World War II, including 423 Danish Jews from Theresienstadt released on April 14, 1945. Although the offer was ultimately rejected, in 1945, Folke received an offer of surrender from Germany via Heinrich Himmler.

After the war, Bernadotte was unanimously chosen to be the United Nations Security Council mediator in the Arab-Israeli conflict of 1947-1948. It was while in this role that he was assassinated in Jerusalem in 1948 by the militant Zionist group Lehi, while pursuing his official duties

A direct descendent in the male line of the Napoleonic Marshal Jean Baptiste Bernadotte, who was elected on August 21, 1810 as the Crown Prince of Sweden & Norway, and who eventually succeeded to the throne as King Karl  XIV, on February 5, 1818, Folke was a junior member of the Swedish royal family. Although of morganatic birth, Folke was a grandson of King Oscar II of Sweden and Norway and a nephew of King Gustav V.

The history of the courtship and marriage of Folk’s parents is both romantic and interesting at the same time. Princess Ebba Bernadotte, Folke’s mother, was a Swedish noble, lady in waiting and titular princess…