The Seamstress by Josef Gisela, 1897

“Sir,—I am a dressmaker, living in a large West-end house of business. I work in a crowded room with twenty-eight others. This morning one of my companions was found dead in her bed, and we all of …

An invitation to the fake “Washing the Lions” event at the Tower of London – an April Fools’ Day joke from the 1850s.

Source: 1st April in Victorian London | In Times Gone By…

Though tricksters and con artists have existed throughout history, the 19th century confidence man was a creature that many Victorians considered to be uniquely American.  Not a thief in the tradit…

Back in March, I spoke of the Fallen Female Servant, those young (often innocent) girls who were seduced or conquered by their masters. Today, I wish to speak of what the future held if the mistres… 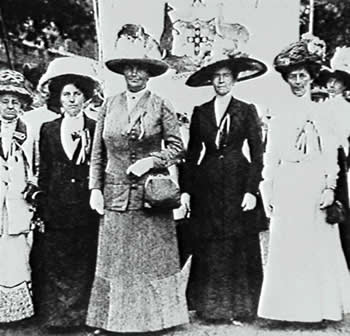 Australian suffragettes in London in 1911

In the nineteenth century, in the state of Victoria in Australia, the Electoral Act 1863 was passed. According to the act, “all persons” who ow…

Source: When Australian women were accidentally given the vote. | In Times Gone By…

In the late 18th century, the British Parliament passed a law condemning make-up.  It stated, in part, that “women found guilty of seducing men into matrimony by a cosmetic means could be tried for…

“No organist can manipulate the stops and keys of his instrument with more dexterity than the demagogue exhibits in playing upon the different weaknesses, errors, and absurdities of the untutored m…

The Edinburgh and London Royal Mail by John Frederick Herring, 1838.

One night in 1894, while on the mail route from Ramsgate to Dover, the driver of a mail cart was attacked by two armed men.  According to the Leeds Times, he was “cut about the head and face” and t… 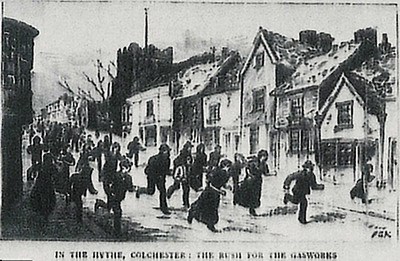 The back of the Ship at Launch pub in Wivenhoe. On the 22nd of April, 1884 an earthquake hit Colchester, England. The disaster occurred at 9:18am. The earthquake measured 4.6 on the Richter scale…

Source: The 1884 Colchester Earthquake | In Times Gone By… 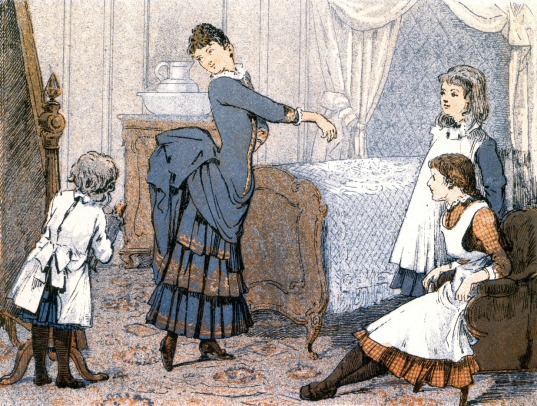 Extreme fashions have always incited a fair amount of criticism and ridicule. During the 1870s and 1880s, this criticism was primarily reserved for the bustle.  Bustles were routinely satirized in magazines like Punch and featured as the subject of countless humorous—and not so humorous—newspaper articles.  Below are just a few of the many interesting bustle stories from the 19th century news, from an exploding bustle during a reading by author Charles Dickens to a bulk of bustles cast into the sea.

CHARLES DICKENS AND THE EXPLODING BUSTLE

On an evening in September of 1888, famed Victorian author Charles Dickens was giving a reading at the First Congregational Church in the city of San Francisco.  Multiple British newspapers report the story of a fashionable…

The general idea that many people have of cookery and cookbooks in the Victorian Age is that it was Mrs Beeton and no-one else. However Charles Elme Francatelli (1805-1876) was one of the culinary celebrities of his time. An Englishman of Italian extraction who travelled to France to study under the legendary Antonin Carême the founder of French haute cuisine and revered for his blending of the best of Italian and French cuisine, Francatelli was regarded as a leading chef in Victorian London and spent most of his career in Britain directing the kitchens of royalty and noblemen, including Queen Victoria, the Earls of Chesterfield and Dudley and managing both Crockfords, a private club and…

Since biblical times, a woman’s hair has been known as her crowning glory.  This was never more true than in the Victorian era – a span of years during which thick, glossy hair was one of the primary measures of a lady’s beauty.  But how did our 19th century female forbears maintain long, luxurious hair without the aid of special shampoos, crème rinses, and styling treatments?  And how did they deal with hair-related complaints such as an oily scalp, dry, brittle tresses, or premature greyness?

To start with, shampoo as we know it today did not exist during the 19th century.  In fact, the word shampoo meant something quite different to the Victorians.  Derived from the Hindi word champo, it was an Indian technique of pressing or massaging the scalp and other parts of the body.  In her 1840 book titled Female Beauty, as Preserved and Improved by Regimen, Cleanliness and Dress, author Mrs. Walker describes the process of shampooing:

“To give readers an idea of the practice of shampooing as it exists in many nations, I shall repeat here what Anquetil says concerning shampooing among the Indians.  One of the servants of the bath stretches you on a plank, and sprinkles you with…

On the 1st of December, 1864, a fire swept through Brisbane, in the Australian colony of Queensland.

Dozens of homes were lost, alongside banks, hotels and small businesses. The damage was made worse because there was…

Source: On this day: the Great Fire of Brisbane 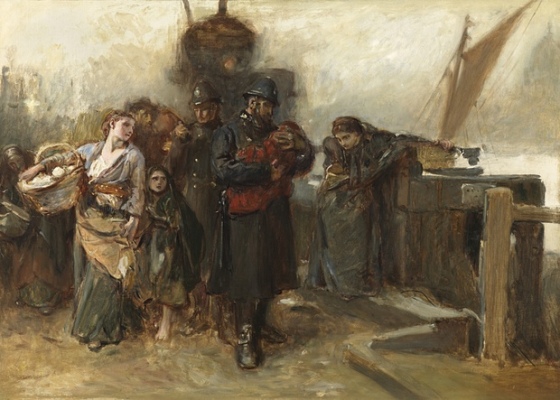 In a quiet London square not far from the British Museum is Coram Fields, home of the Foundling Museum and the site of the original Foundling Hospital, started in 1741 by a philanthropic sea captain Thomas Coram. He had been shocked by the sight of infants exposed in the London streets and he agitated for seventeen years for the foundation of a foundling hospital. The museum explores and exhibits the work of this first children’s charity through art, music and…