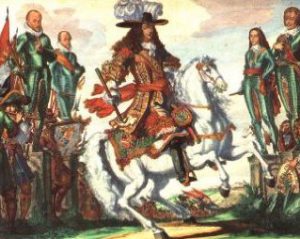 Johan van Olden Barneveldt was a statesman who played an important role in the Dutch struggle for independence from Spain. His name is also associated – at least, according to British accounts – wi…

Ask any moderately intelligent person to name the bane of the 20th century and nine out of ten will probably answer “Adolph Hitler”.  A few might answer Joe Stalin or Chairman Mao but Hitler is the lens through which we view the carnage of mid-century.

On the other hand, a young millenial might answer “Madonna”.  So much for public education.

Our understanding of the Second World War and the preceding years are refracted through our comprehension of the “mad Fuhrer”.  It is the ghost of Adolph Hitler who carried the world to total war and with pseudo-scientific fanaticism exterminated millions.

On 9th August 1588 Queen Elizabeth I visited her troops who were stationed at Tilbury, Essex during the Spanish Armada and delivered a speech that was designed to unite and rouse her army. 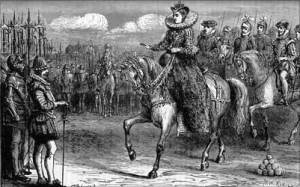 Although the Armada had been defeated in the Battle of Gravelines 11 days previously, the Armada had headed up and around Scotland in an attempt to flee the English navy. It was unknown whether they would try a second attempt at invading England on the way back past or if the Duke of Parma would attempt to cross the channel and invade. Therefore troops were still on high alert at Tilbury.

Upon arrival at Tilbury, the Queen left her bodyguards and went amongst her subjects with an escort of six men. Lord Ormonde walked ahead of the group carrying the Sword of State followed by a page leading the Queen’s charge and another page carrying on…