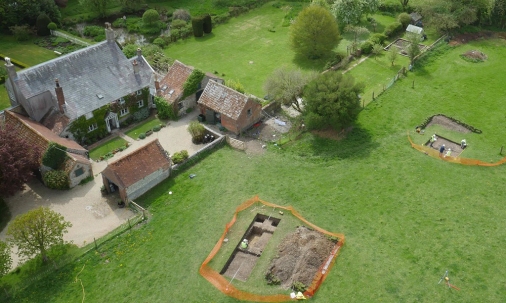 It was the urge to avoid playing ping-pong in the dark that led Luke Irwin to make one of Britain’s most extraordinary archaeological discoveries in recent years. Without that compulsion, he might never have found out that he lives on the site of one of the biggest Roman villas ever…

#AceHistoryNews – Nov.17: The Israel Antiquities Authority (IAA) and the Lod municipality are inviting the public this week to view the most recently discovered parts of a unique villa dating back to the 4th century CE.

“What is special about this discovery is that we’ve almost finished uncovering the whole Roman villa,” said IAA archaeologist Dr. Amir Gorzalczany, to Tazpit Press Service (TPS). The villa was already partially discovered in the 1990s when the Israel Antiquities Authority was inspecting development work prior to the construction of Highway 90.

Gorzalczany described some of the villa’s aesthetic attributes to…