Spy, seductress, aristocrat, Baroness Moura Budberg was a mystery to everyone who knew her, even her closest friends and her children. 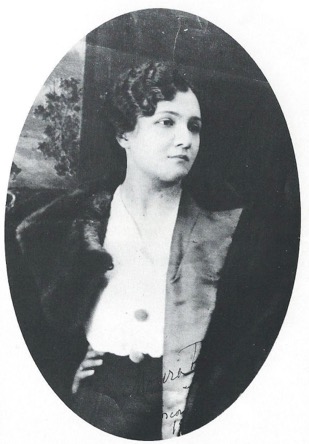 saloniste; nobody else had the magnetic charm or the air of danger and mystery that surrounded Baroness Budberg, and her soirées attracted Graham Greene, Laurence Olivier, Guy Burgess, Bertrand Russell, David Lean, E. M. Forster, Peter Ustinov – all came to drink …

I have just finished reading the book co-authored by Deborah McDonald and Jeremy Dronfield and it’s excellent.  Sarah Vernon

After 15 years of research, the director of Withnail and I believes he has cracked the most enduring mystery in British criminal history.

‘I honestly think,’ Bruce Robinson says, ‘I’ve nailed the horrible f***er.’ He points to the photograph on the desk. A Victorian gent. Moustachio’d, dressed in a black frock coat, silk trimming on the lapels; a black cravat with a decorative pin. A certain understated style. An artist of some sort, perhaps? The expression blandly neutral – although looking closely there is something a little unsettling in the gaze, a certain cold indifference. But perhaps that’s one’s own projection.

So that, I say, is Jack the Ripper.

Source: Jack the Ripper: has Bruce Robinson solved the world’s most famous crime?

More than 1,500 people perished the night the Titanic collided with an iceberg on her maiden voyage. The year was 1912, and survivor’s stories told of the desperate tragedy that unfolded that fateful night.

However, there were two survivors in particular who remained somewhat of a mystery. Known as ‘Louis and Lola?’, this is their story.

No one knew who these two little boys belonged to. They answered ‘oui’ to all questions asked and the passenger list was a disorganised jumble.The boys became known as the Titanic Twins in the media.

As their story spread, it caught the attention of a woman in Nice. Opening the newspaper, she saw…

Source: The Intriguing Tale Of The Two Titanic Orphans. 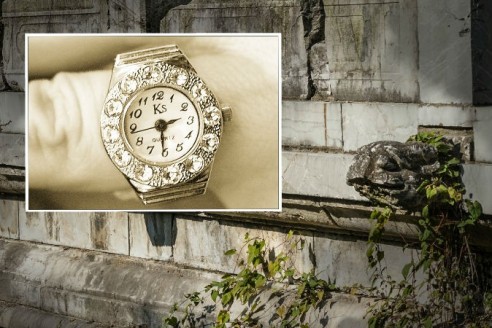 A file photo of a Ming Dynasty mausoleum (Axz66/iStock)

The universe is full of mysteries that challenge our current knowledge. In “Beyond Science” Epoch Times collects stories about these strange phenomena to stimulate the imagination and open up previously undreamed of possibilities. Are they true? You decide.

A mystery surrounds the curious excavation of a strange artifact and those who recovered it from the depths of an ancient tomb in China. When archaeologists reportedly recovered a modern-looking, mud-encrusted artifact from a 400-year-old sealed tomb in 2008, their astonishment was great. For some, this type of discovery could have only meant one thing—it was evidence of time travel. Was the discovery real? Was it a hoax? Could the find have been an intriguing artifact out-of-place and time?

Reports described the team as composed of archaeologists and journalists filming a documentary at a dig at a sealed tomb dating to the Ming Dynasty in Shangsi, southern China. As one of the coffins was being cleared of soil before being opened, a strange thing happened.

We picked up the object, and found it was a ring. After removing the covering soil and examining it further, we were shocked to see it was a watch.

“When we tried to remove the soil wrapped around the coffin, suddenly a piece of rock dropped off and hit the ground with metallic sound,” said Jiang Yanyu, a former curator of the Guangxi Autonomous Region Museum…

via Timeless Mystery: How Could a Swiss Ring-Watch End up in a Sealed Ming Dynasty Tomb?.

This week’s guest blogger is Marianne Collins, former Librarian at the J____ Street Library, now Head Archivist at the European Institute of Esoteric Studies, She presents an episode of library history with a few local connections.

The Victorian psycho-geographer Henrietta Cole-Elliott is best known for her two London tours “West London walks”(1895), and “Burial grounds of the secret city” (1900) but before she wrote either of those she published a study of folklore, “Follies and fancies of old London” (1885). There was a copy in the Reference store but I had never looked inside. The folklore collection wasn’t usually of much use to my customers. It was my assistant K who brought it up for a visitor. The next day she drew my attention to a page the customer had photocopied. This was the relevant paragraph:

“At the Lion Tavern, Old Brompton, in the days before May Day, a dress and bonnet…

Today is the 117th birthday of aviatrix Amelia Earhart. 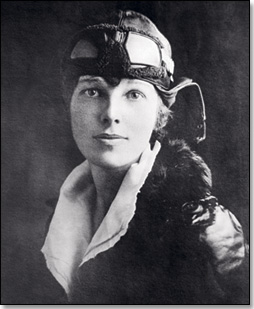 BEST KNOWN FOR: Amelia Earhart was the first female pilot to fly across the Atlantic and the first person to have flown both oceans. Her mysterious disappearance occurred in 1937.

Amelia Earhart was born on July 24, 1897, in Atchison, Kansas, in America’s heartland. She spent much of her early childhood in the upper-middle class household of her maternal grandparents. Amelia’s mother, Amelia “Amy” Otis, married a man who showed much promise, but had never been able to break the bonds of alcohol. Edwin Earhart was on a constant search to establish his career and put the family on a firm financial foundation. When the situation got bad, Amy would shuttle…