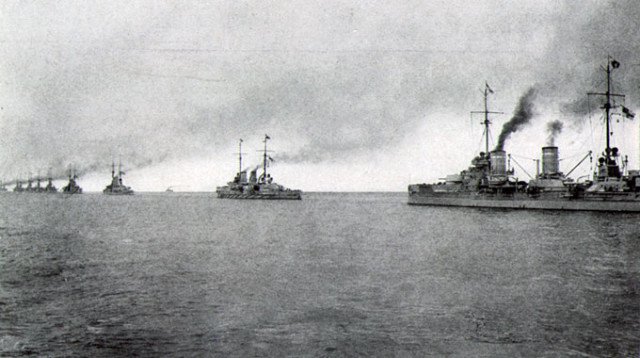 Even though Imperial German Navy was a well-prepared force during WWI, with a considerable amount of powerful vessels, it was still no match for the traditional…

Source: The Battle of Jutland – A Pyrrhic Victory For Germany?

Originally posted on The Mad Monarchist.

At the outbreak of war in August of 1914 the one major power for whom the Germans had probably the least respect in terms of its army was Great Britain. In terms of size it was dwarfed by the French army and certainly had nowhere near the numbers of the massive Russian army. Whereas the Royal Navy had ruled the waves for centuries and had a reputation second to none, the army was not taken nearly so seriously. It was most frequently used in minor colonial wars which the Germans tended to discount as being victories won against enemies unworthy of serious consideration. When the subject of their intervention was broached to the Kaiser, he joked that he would simply send the police to arrest the British army as soon as they landed. To say that the British army was underestimated would be a gross exaggeration. Discounted and despised, the British army soon proved to the Germans just how wrong they had been. The British army may not have been as large as the French or as heavily armed as the Germans but in fact it was the British who had, man for man, probably the best army in the world in the summer of 1914. Their force was small but it was experienced, disciplined and magnificently trained. Years of colonial conflicts had left them with a body of soldiers who had great endurance and experience in what war was really like. 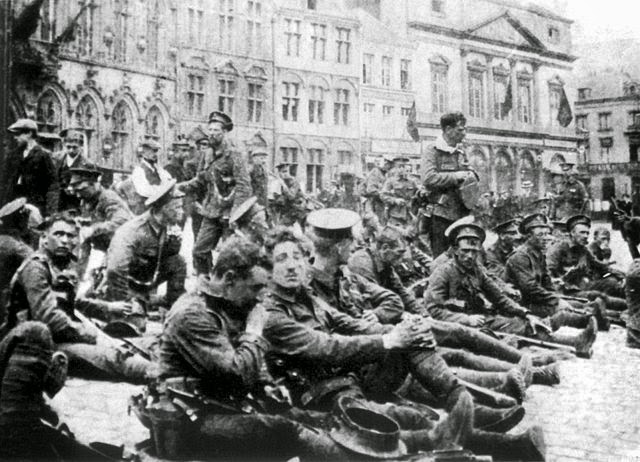 During the initial German offensive across Belgium and into France, the British Expeditionary Force had their first major clash with the Germans at the battle of Mons and all myths about the British army…

via The Mad Monarchist: The British Army in World War I.

Today is the Centenary of the start of the Second Battle of Ypres and a hundred years since the first use of poison gas on the battlefields of the Great War. Poison gas was a weapon outlawed under the Hague Convention but by 1915 the Germans viewed the conflict as a ‘Total War’ and that every weapon was justifiable for victory; there was also belief that the Allies had gas weapons too and it was just a matter of time before they were implemented.

After much preparations and a trial use of the gas, the poison cloud was released at 5pm on 22nd April 1915. More than 170 tons of chlorine gas was released over a 6.5km front, on positions held by French Colonial and Territorial troops.More than 6,000 of them quickly became casualties, having no protection against the gas. Most died within ten minutes as the chlorine gas irritatedtheir…