An abandoned cemetery close to my heart. 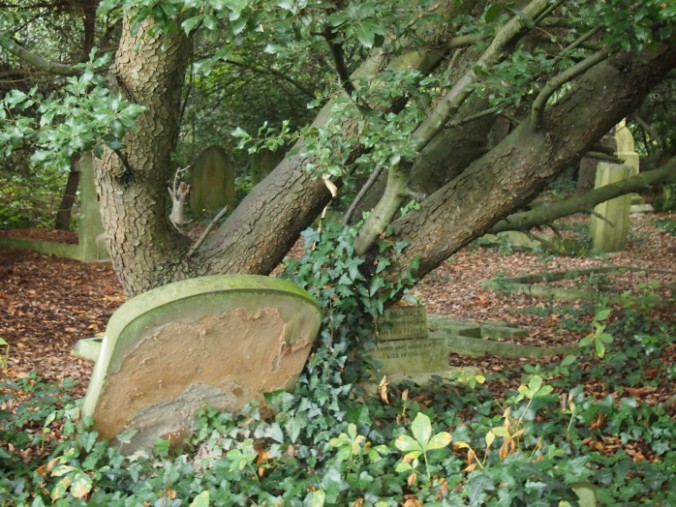 Barnes Old Cemetery is elusive.  There’s not much information about it to be found online, and it hides amongst the trees close to the tennis courts on Rocks Lane – most people using the courts or …

Long before Pete Gray or Jim Abbott stepped up to the plate, veterans of World War I recovering at military hospitals throughout the United States formed amputee baseball teams. Elbert K. Fretwell,…

Will I be called a traitor to my class if I say that the following news item from The Daily Telegraph in 1885 about the Cup Final between Blackpool Olympic and Old Etonians gives me great pleasure? Probably. I have no doubt that the current crop of Old Etonians would apply the phrase but since so many of them form the current UK government and are intent on destroying the country and the lives of its people, they can whistle (the expression muttered under my breath is, of course, unprintable). 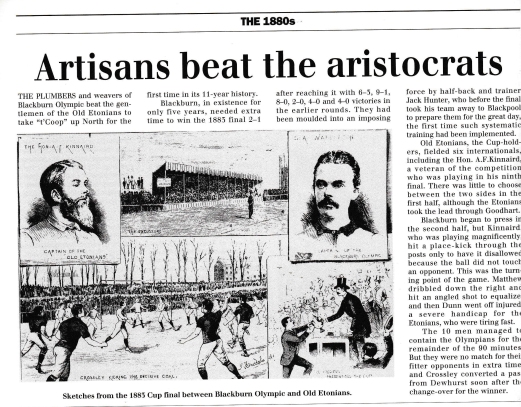 THE PLUMBERS and weavers of Blackburn Olympic beat the gentlemen of the Old Etonians to take “t’Coop” up North for the first time in its 11-year history. Blackburn, in existence for only five years, needed extra time to win the 1885 final 2-1 after reaching it with 6-5, 9-1, 8-0, 2-0, 4-0 and 4-0 victories in the earlier rounds. They had been moulded into an imposing force by half-back and trainer Jack Hunter, who before the final took his team away to Blackpool to prepare them for the great day, the first time such systematic training had been implemented.

Old Etonians, the Cup-holders, fielded six internationals, including the Hon. A.F.Kinnaird, a veteran of the competition who was playing in his ninth final. There was little to choose between the two sides in the first half, although the Etonians took the lead through Goodhart.

Blackburn began to press in the second half, but Kinnaird, who was playing magnificently, hit a place-kick through the posts only to have it disallowed because the ball did not touch an opponent. This was the turning point of the game. Matthew dribbled down the right and hit an angled shot to equalize, and then Dunn went off injured, a severe handicap for the Etonians, who were tiring fast.

The 10 men managed to contain the Olympians for the remainder of the 90 minutes. But they were no match for their fitter opponents in extra time, and Crossley converted a Pass from Dewhurst soon after the change-over for the winner.

A beautiful piece by Pete Johnson about summers in the 1950s and ’60s when English children could be so much more inventive than today, when imagination was the key.

What is it about memory, that makes us remember summers as being better in our youth? Ask most people about the weather, and they will almost always agree that the summer was better when they were young. Six weeks of unbroken sun, school holidays spent outside, with perhaps the occasional thundery shower, that helped to clear the air. Given that this might span a time period from 1958, to 1998, it cannot really have any basis in fact. Although I do not have the real statistics to hand, (and cannot be bothered to look them up) I am sure that we didn’t always have fabulous summers, with weeks of Mediterranean heat, and unbroken blue skies. So why is it that this is how I remember them?

Before we moved to Kent, when I was fifteen years old, I spent my summers on the streets of Bermondsey, a South London district…