My mother, Benedicta Leigh, was in her late teens when the Second World War broke out. She signed up to be a VAD [Voluntary Aid Detachment] nurse and was working at a hospital in London when German…

The Italian Jewish chemist and author, Primo Levi [1919 – 1987], was a notable survivor of Auschwitz whose powerful writing was second to none when it came to describing his experiences. If you haven’t yet read any of his books, it’s time to add them to your list. He was liberated from the concentration camp by Russia’s Red Army in January 1945 but was not able to return to Italy until four months later. His journey took him through Poland, Belarus, Ukraine, Romania, Hungary, Austria, and Germany and he did not arrive in Turin until 19th October, 1945.

“You who live safe
In your warm houses,
You who find warm food
And friendly faces when you return home.
Consider if this is a man
Who works in mud,
Who knows no peace,
Who fights for a crust of bread,
Who dies by a yes or no.
Consider if this is a woman
Without hair, without name,
Without the strength to remember,
Empty are her eyes, cold her womb,
Like a frog in winter.
Never forget that this has happened.
Remember these words.
Engrave them in your hearts,
When at home or in the street,
When lying down, when getting up.
Repeat them to your children.
Or may your houses be destroyed,
May illness strike you down,
May your offspring turn their faces from you.”
― Primo Levi, Survival in Auschwitz

“Even in this place one can survive, and therefore one must want to survive, to tell the story, to bear witness; and that to survive we must force ourselves to save at least the skeleton, the scaffolding, the form of civilization. We are slaves, deprived of every right, exposed to every insult, condemned to certain death, but we still possess one power, and we must defend it with all our strength for it is the last — the power to refuse our consent.”
― Primo Levi, Survival in Auschwitz 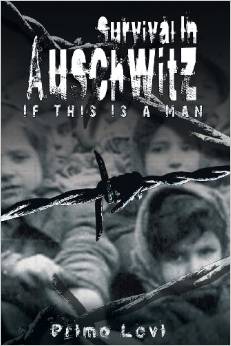 Survival in Auschwitz (If This is a Man) by Primo Levi

Dorothea von Schwanenfluegel was struggling to survive the hideous days in Berlin with her daughter as the end of the war approached. Hitler had already committed suicide in his bunker and General Wilding was about to surrender the city.

“The next day, General Wilding, the commander of the German troops in Berlin, finally surrendered the entire city to the Soviet army. There was no radio or newspaper, so vans with loudspeakers drove through the streets ordering us to cease all resistance. Suddenly, the shooting and bombing stopped and the unreal silence meant that one ordeal was over for us and another was about to begin. Our nightmare had become a reality. The entire three hundred square miles of what was left of Berlin were now completely under control of the Red Army. The last days of savage house to house fighting and street battles had been a human slaughter, with no prisoners being taken on either side. These final days were hell. Our last remaining and exhausted troops, primarily children and old men, stumbled into imprisonment. We were a city in ruins; almost no house remained intact.”

“My dear friends, this is your hour. This is not victory of a party or of any class. It’s a victory of the great British nation as a whole. We were the first, in this ancient island, to draw the sword against tyranny. After a while we were left all alone against the most tremendous military power that has been seen. We were all alone for a whole year.

There we stood, alone. Did anyone want to give in? [The crowd shouted “No.”] Were we down-hearted? [“No!”] The lights went out and the bombs came down. But every man, woman and child in the country had no thought of quitting the struggle. London can take it. So we came back after long months from the jaws of death, out of the mouth of hell, while all the world wondered. When shall the reputation and faith of this generation of English men and women fail? I say that in the long years to come not only will the people of this island but of the world, wherever the bird of freedom chirps in human hearts, look back to what we’ve done and they will say “do not despair, do not yield to violence and tyranny, march straightforward and die if need be-unconquered.” Now we have emerged from one deadly struggle-a terrible foe has been cast on the ground and awaits our judgment and our mercy….”

via The Churchill Centre

My mother, Benedicta Leigh, was in her late teens when the Second World War broke out. She signed up to be a VAD [Voluntary Aid Detachment] nurse and was working at a hospital in London when Germany’s surrender was announced. In her memoir, The Catch of Hands, she describes the end of the war in 1945 as it felt to her.

In the [hospital] staff room, we lit cigarettes and read newspapers, listening to the wireless at tea-time before getting up and checking the time from the watches that were pinned to our blue frocks.

‘You really wonder if it’s going to end,’ we said, nodding sagely, stubbing our cigarettes out in the shone-up brass ashtrays. One of us said: ‘ Who’s taking Matron’s tray up?’ I was, and did so, checking that my apron was clean, and the tray as exactly laid as rationing allowed.

When the war ended, it was slowly, like a breathless unwinding of nerves that still might pull too dangerously, and having felt them a little we flapped our expectations somewhat. But we never quite got back to the silly selves we had been before, and busily began work on the selves we felt we should become, but dandifying them rather.

So we all kissed each other, said we must meet again, but I think did not, and wished each other luck. We went home, and I packed away my uniform, was touched and pleased to be given an award, with others in the village, and felt inside me an expansion and an emotion, as though something had passed me that needed recognition, refused perhaps for lack of time. It was, I think, my father’s death [Calais, 1940].

The Catch of Hands
Published by Virago Press Limited 1991 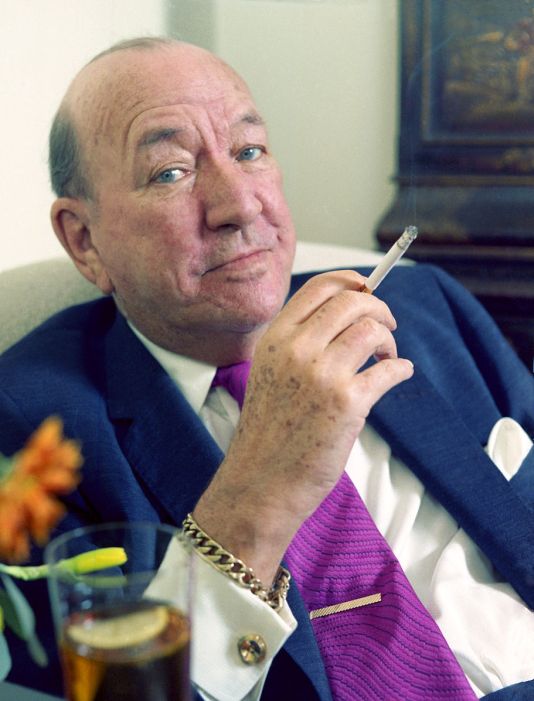 ‘Wandered by myself in crowds and had a lovely time. I sat on a stone balustrade in Trafalgar Square for over and hour and signed a few autographs and watched London rejoicing, and Nelson in his spotlight seemed to watching too. Friendliness and kindness everywhere.’ 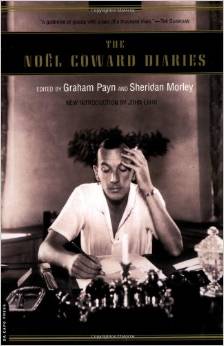