Emilie Flöge (1874 – 1952 ) was the life companion of the painter Gustav Klimt (1862 – 1918). In 1891, Helene, the younger sister of Emilie, married Ernst Klimt, the brother of Gustav Klimt. When Ernst died in December 1892, Gustav was made Helene’s guardian. At that time Emilie was eighteen years old and Gustav became a frequent guest at the home of her parents, spending the summers with the Flöge family at Lake Attersee.

Klimt died from a stroke on 11 January 1918. His last words reportedly were, “Get Emilie”. She inherited half of Klimt’s estate, the other half going to the painter’s family.

In the final days of the Second World War, her house in the Ungargasse caught fire, destroying not only her collection of garments, but also valuable objects from the estate of Gustav Klimt. 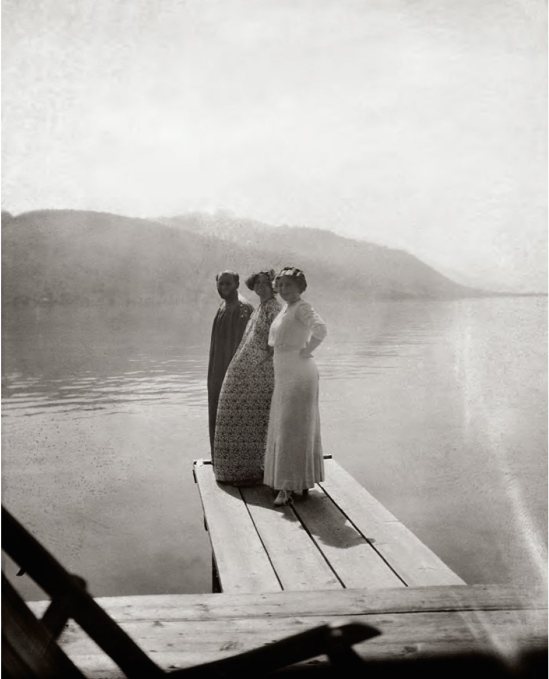