It was 75 years ago this year – on the night of 10th/11th May, 1941 – that the German Luftwaffe launched an unprecedented attacked on London, an event that has since become known as the… 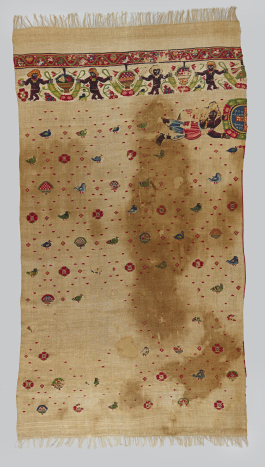 Project curator Amandine Mérat gives us an overview of the historical background of the curtains, whilst conservators Anna Harrison and Monique Pullan describe work carried out in order to prepare them for display…

The land of Nubia, the ancient name for the Nile Valley in the far south of Egypt and northern Sudan, was the vital link between the ancient Egyptian and Mediterranean worlds and the cultures and raw materials of sub-Saharan Africa. Although heavily influenced by Egypt over millennia, the Nubian and Sudanese cultures along the Nile were distinctly different from that of their northern neighbour, Egypt. During certain periods, Nubian states conquered parts of Egypt.

‘To what end am I to understand this power of mine, when a chieftain is in Avaris, and another in Kush, and I sit in league with an Asiatic and a Nubian, every man holding his slice of Egypt?’

Earlier this year, new displays in… 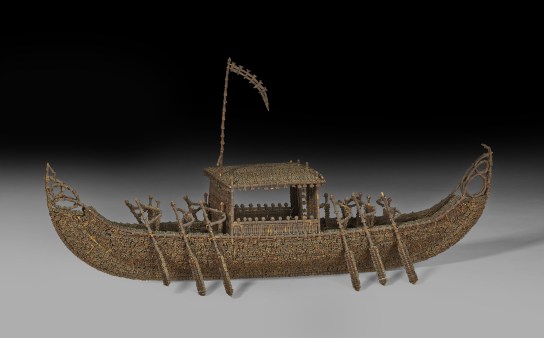 Since closure of the temporary exhibition Connecting continents: Indian Ocean trade and exchange, the exhibited objects, including a model boat made from hundreds of dried cloves, have been returned to storage. However, out of sight does not mean out of mind…

The world of clove models is a mysterious one: little is known about these exciting, unique and strongly scented objects. This leaves us with questions such as what are they, where did they come from, when and why? Very little was known about the British Museum’s clove boat model before it was displayed, including its origins. Research was thus carried out to start to piece together information, but many questions are still unanswered. Intrigued by these objects research continues and you are invited to be a part of it!

via Spicy stories: the case of a clove boat model | British Museum blog. 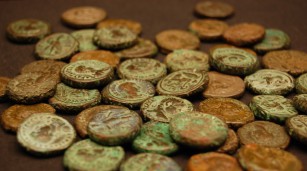 In 1908 workmen excavating foundations for a house in Fetter Lane (City of London) found 46 coins in a pot. The Rev’d FD Ringrose purchased the hoard and published an account in 1911 but focussed on describing the coins rather than the circumstances of the find. By the time the coins were bequeathed to the British Museum in 1914, there was no trace of the pot and no description of it either. There is no full account of exactly how the hoard was found and whilst Roman hoards are often uncovered in Britain (for example the Didcot, Hoxne and Beau Street hoards), the Fetter Lane hoard remains something of a mystery.

The Fetter Lane coins were all minted in Alexandria…

In November 2014, my workbench temporarily turned into something close to a shipyard when a model boat made of cloves arrived in the Organic Artefacts Conservation Studio. Every object that goes on temporary or permanent display at the Museum receives a thorough condition check and, if necessary, conservation treatment before its installation in an exhibition. The clove boat was to be included in the exhibition Connecting continents: Indian Ocean trade and exchange, in which it was to be displayed for the very first time.

I have come across many weird and wonderful objects over the years, but never a boat made of cloves! I was particularly looking forward to unpacking this object from its storage box to see what it looked like. When I opened the box, an almost overpowering smell of cloves was released, which was somewhat of a surprise as this…