Shimson Eizik Ovitz was a Romanian rabbi, a WWI era entertainer, and someone afflicted with pseudoachondroplasia. He was a dwarf. Ovitz fathered 10 children by two normal sized wives, Brana Fruchter and Batia Bertha Husz. Three of them grew to normal height, the other seven…

This image – from the 6th of June, 1944 – shows British troops taking part in the iconic Normandy landings of the Second World War. Some 156 000 troops from more than a dozen nations to…

My father is in the early stages of Alzheimer’s. He will be 90 this year. He grew up close by the docks in Beckton, East London, which are now long gone. He remembers seeing the first wave of German bombers flying over London on September 7, 1940.

He was stationed in the Pacific when he joined the Navy in 1944; he has photos of Nagasaki taken a few weeks after it was destroyed by the atomic bomb.

At Cambridge after the war, he joined the Communist Party only to leave in the 1950s, disheartened by the party’s refusal to fully endorse the democratic process. At least, this is what I remember being told long ago, when facts seemed more stable than they do now.He spent almost his entire working life in… 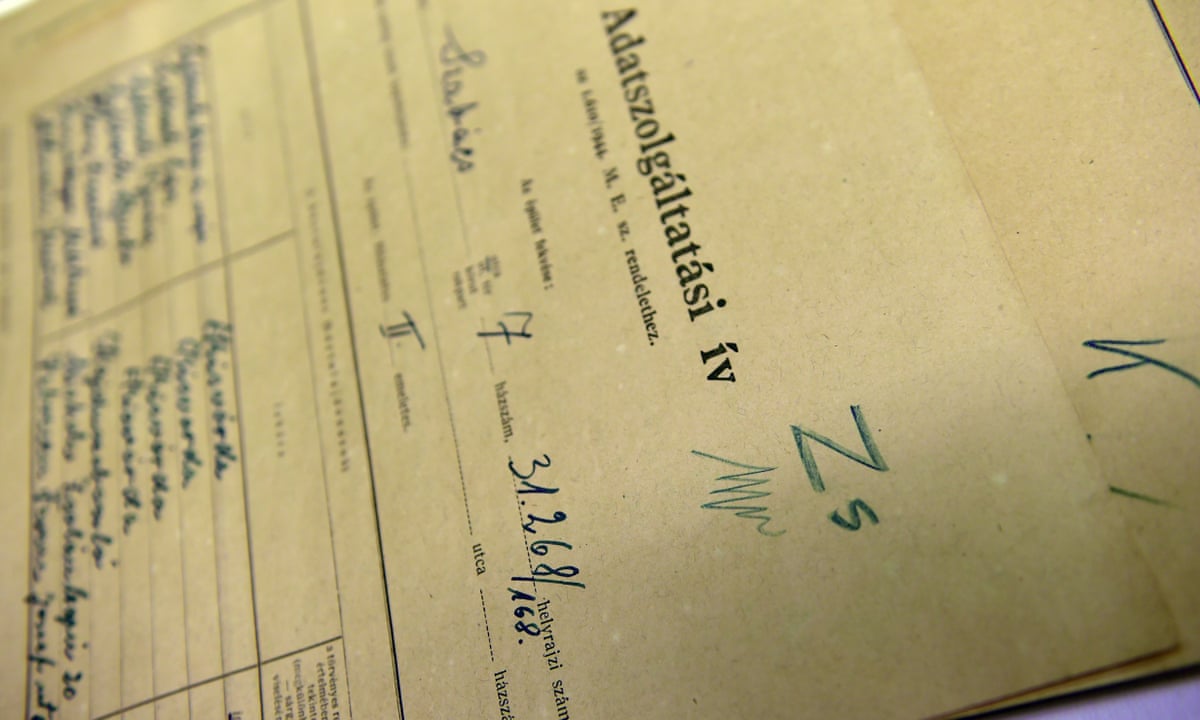 A document dating from 1944 that is part of around 6,300 census forms of Budapest’s then Jewish population. Photograph: Attila Kisbenedek/AFP/Getty Images

I am not allowed to re-blog this article but it is a moving eyewitness account from a Japanese perspective of the Battle of Okinawa in 1944.

This month marks the 70th anniversary of the end of the Warsaw Uprising. By the summer of 1944 the tide of the Second World War had turned. The Soviets, now Allies, had reversed the German advance, and France was fighting towards liberation. Sensing change, the Polish government-in-exile authorized their highly organised resistance ‘Home Army’ to rise up against the extremely brutal Nazi forces occupying their capital.

On the 1st August thousands of Polish men, women and children launched a coordinated attack. The Poles had faced invasion on two fronts at the start of the war, and were well aware of the dual threat to their independence. Their aim now was to liberate Warsaw from the Nazis so that they could welcome the advancing Soviet Army as free, or at least fighting, citizens. Moscow radio had appealed to the Poles to take action, but the Red Army then deliberately waited within hearing distance for the ensuing conflict to decimate the Polish resistance before making their own entry. The Warsaw Uprising is remembered as one of the most courageous resistance actions of the Second World War, but also…

Continue: The History Girls: Women of the Warsaw Uprising, by Clare Mulley.