In 1933, twenty-two-year-old Marion Crawford accepts the role of a lifetime, tutoring their Royal Highnesses Elizabeth and Margaret Rose. Her one stipulation to their parents the is that she brings some doses of normalcy into the sheltered and privileged …

Source: Book Bite: The Royal Governess | An Historian About Town

The Mother of the Brontës by Sharon Wright

“The book that can never be written”. So Sharon Wright was told every time she proposed the idea of a biography of the Brontë sisters’ mother, Maria. The accepted view in Brontë scholarly circles has always been that Maria’s life was eclipsed by the genius of her children.

Bembridge Ramshackle Cinema & Events presents Shrabani Basu in conversation with James Vaux. Historian & journalist Shrabani Basu is the author of ‘Victoria & Abdul’, upon which the feature film starring Dame Judi Dench & Eddie Izard is based, as well as ‘Spy Princess’, the story of Noor Inayat Khan, a descendant of an Indian prince who became a secret agent for SOE in World War II. She is also the author of ‘Curry’ The Story of the Nation’s Favourite Dish and ‘For King and Another Country’, Indian Soldiers on the Western Front 1914-18. The video recording of the conversation at Bembridge Village Hall, Isle of Wight on Sunday 8th April 2018 is produced by Christopher Offer.

A 16TH-CENTURY PORTRAIT OF AN AFRICAN MAN BY JAN MOSTAERT

As Kaufmann writes “it is vital to understand that the British Isles have always been peopled by immigrants”.

via From royal trumpeter to chief diver, Miranda Kaufmann uncovers the Africans of Tudor Britain

I wrote about Rob Baker’s last book – Beautiful Idiots, Brilliant Lunatics – a couple of years ago. It’s a collection of London-based short histories inspired by Rob’s superb blog, Another Nickel In The Machine. Rob’s now written a follow-up, High Buildings, Low Morals, which again explores a dozen London stories from the 20th century, some entirely forgotten and others… 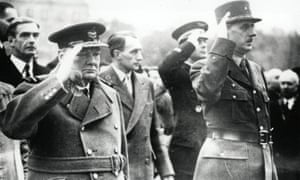 Whilst Caroline isn’t the main character in The Dressmaker’s Secret, the factual events of her life frame the plot for my heroine, Emilia. She becomes a member of Caroline’s household in Italy, before travelling to England to find her lost family and unravel the mystery of priceless stolen paintings.

Source: The History Girls: Her own worst Enemy: Caroline of Brunswick (1768-1821) by Charlotte Betts

In his new book, The Invention of Improvement, Paul Slack sets out to do two things: first, to trace the ‘notion of improvement’ in seventeenth-century ‘public discourse’ (vii) in England; and seco…

A quote about the beginning of The Second World War from my mother’s memoir, The Catch of Hands.

‘Like a spider’s web over a pile of rocks, the war was making little contact with many of us, and it hadn’t yet begun to shave bits away from people’s lives. So in order to feel necessary to one another, everyone went to a great many parties and dances, cricket matches and picnics; the telephone rang a good deal and it was often someone called Gerald or Adrian. None of it was really my cup of tea, and if I came home rather late, my mother questioned me minutely, chattering with nerves as she put her copy of ‘The Warden’ down on her bedside table. I said of course, he hadn’t, didn’t, wasn’t, and kissed her goodnight. It was true. I was much too frightened to let anyone do anything.

Inexorably, the war set in. Like a small blaze in an empty house, it could be almost overlooked to start with, consisting as it did of minor drawbacks, the blackout, form-filling, rations and making one’s nightdresses out of butter muslin, dyed on the Aga. The words most likely to cause an affray were: ‘No, Madam, I’m afraid we haven’t any. It’s the war, you see.’ But we managed.’

Benedicta Leigh, The Catch of Hands

To mark Holocaust Memorial Day, The Holocaust author Laurence Rees examines five warnings that history has to offer us today.

Source: How can we stop the holocaust from happening again?

Waistcoat with silk designed by Anna Maria Garthwaite, woven by Peter Lekeux, 1747 (Courtesy of the Metropolitan Museum of Art)

Zara Anishanslin, author of Portrait of a Woman in Silk, Hidden Histories of the British Atlantic World published by Yale University Press, profiles Anna Maria Garthwaite, the most celebrated textile designer of the eighteenth century.

In Their Own Words Untold Stories of the First World War

Source: In Their Own Words Untold Stories of the First World War : Welcome to the Imperial War Museum Online Shop

Hoaxes, fakes, and other schemes are no strangers in the rare books world. Literary hoaxes may not always be easy to spot, but their motivations – money, prestige, revenge, and other personal gain – are typically straightforward. On rare occasions, however, a scheme appears seemingly for no reason other than its creator’s own entertainment.

The Fortsas Bibliohoax […] is an unusually clever example of such a game.

Source: The Fortsas Bibliohoax, or how a Belgian collector fooled book lovers for the fun of it

Most of us who love London are aware that there are many canards out there, some of the most obvious relating to Dick Whittington, for example, or the American hotelier who purchased London Bridge. What [Matt] Brown has done is to undertake as deep and wide a trawl as possible and deliver from the most obvious to the most obscure, and if…

Source: Everything You Know About London is Wrong | London Historians’ Blog