Yes, it’s true, I have researched a house where a skeleton was uncovered in an old priest hole! Certainly, one of the most unusual stories I’ve heard in researching the history of house…

Source: A skeleton in the priest hole – House Historian

Three 400-year-old letters – including a shopping list – have been uncovered in a rare discovery under floorboards of an historic mansion.

The amazing hidden treasures, dating from 1603, 1622 and 1633, have unearthed secrets about Tudor mansion Knole House, and how it was run in the 17th century.

All three letters were found by…

Officers of the East India Company being entertained by musicians and dancers, depicted in an Indian image from around 1820. (Werner Forman/Universal Images Group/Getty Images)

Ice houses weren’t as rare in England as the excerpt fromAckermann’s Repository for June 1817 makes one believe. Neither were baths, for that matter. And London did have its share of both. In the 17th century, King Charles II had…

Anatomical theater at University of Padua

At the presentation I recently made about Sarra Copia Sulam at the Jewish Community Library in San Francisco, one audience member showed a remarkable knowledge of Venetian history. He approached me…

In the early hours of the 5th of November 1605, Guy Fawkes was found guarding explosives in Westminster Palace. Late January 1606, the man and his fellow Catholic plotters were found guilty of an attempted assassination against King James I; on the last day of the same month, they were hung and quartered; their body parts, distributed all over the country, served as an example against any attempts of conspiracy in the future.  By the order of the King’s officials, Londoners were encouraged to celebrate the failure of the Gunpowder Plot by lighting bonfires. The tradition of Bonfire Night has been kept intact ever since. “During the first half of the eighteen century, the Fifth of November had a partisan political flavour, privileging Whig over Tory ideologies. By the 1760s, it was a festival that was firmly embedded in popular politics as a day of national deliverance from…

When the ashes settled after the great Chicago Fire, folks looked to assign blame and pointed their fingers at a cow.  The English were also looking to fix blame for a fire some two centuries earli…

On 7 January 1649  John Aubrey  wit, raconteur, and sometime antiquary was out hunting with friends when he chanced upon a north Wiltshire village. What he stumbled upon there – and more impor…

In late July I was fortunate enough to travel Germany, taking in many of its cultural and historical sites. It is fair to say Germany did have plenty to offer in the famous cities and towns of Berl… 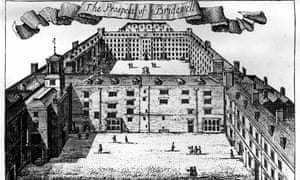 This week 350 years ago, the Great Fire of London burned through 400 of the city’s streets. Matthew Green reveals the extraordinary structures lost in the blaze – from old St Paul’s to a riverside castle – and what survived, only to vanish later…

Source: Lost in the Great Fire: which London buildings disappeared in the 1666 blaze? | Cities | The Guardian

Hoard of Spanish Coins Found SOCHI, May 19./TASS/. Archeologists have found a hoard of 17th century Spanish coins at the site where the momentous bridge is being built between the Crimean Peninsula…

Historic Fort Charles in Port Royal, once a hotbed of pirate activity in the Caribbean (Jessica Antola)

Today, some tour operators and cultural historians are calling attention to the country’s little-known Jewish heritage…

Made in Augsburg, Germany around 1610, this automaton is particularly fascinating. Not only is it a fantastic clock, with the ancient goddess Diana rolling her eyes, taking aim, and finally shooting her arrow, but her “chariot” can travel under its own power, too. According to the museum’s description:”Probably drawing inspiration from…

Source: Two Nerdy History Girls: Friday Video: An Automaton in the Shape of Diana on Her Chariot, c1610

Generally, we think of public punishment as a relic of the past — a style of justice rendered obsolete by the development of the modern prison system which took criminal justice out of the town square and moved it behind bars. But this week, Thame town councillor David Bretherton has discovered that although public punishments have fallen out of favor over the past 200 years, they haven’t been entirely scrubbed…

Source: In the UK, It’s Still Legal to Place People in the Stocks | Atlas Obscura

“Meditations Amongst the Tombs” 1813 – A satirical cartoon by Cruickshank showing George, the Prince Regent, examining the body of Henry VIII, while the Physician Henry Halford cuts off his beard. At rear the body of Charles I raises up his decapitated head as a warning to George. A sinister figure, accompanied by the devil, whispers in George’s ear about the prospect of losing his own head. [Source : Pinterest]

At St George’s Chapel, Windsor Castle on the 1st April 1813, there occurred the opening of the coffin of King Charles I who had met his fate by execution in 1649. But why was this deemed necessary and what took place at the opening? And why was the vault re-opened yet again in 1888? Let us look at the facts.

A search had been made for the burial place by his son King Charles II, “Yet such had been the injury done to the Chapel, such were the mutilations it had undergone, during the period of the Usurpation [Cromwell’s rule], that no marks were left, by which the exact place of burial…

Source: The Discovery and Opening of the Coffin of King Charles I, 1813