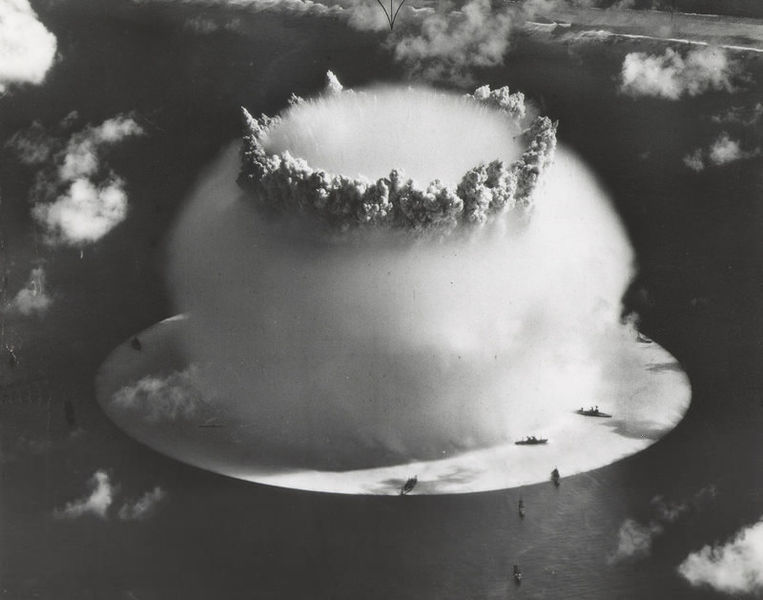 The most destructive part of the blast was the misty cloud of radioactive water. (Photo: U.S. Army Photographic Signal Corps)

A joint Army/Navy task force had suspended a nuclear device, oddly named Helen of Bikini, 90 feet below the surface of the water, in the middle of Bikini Atoll, one of the isolated rings of coral and land that make up the Marshall Islands. Arrayed around the 21-kiloton bomb were…

Source: 70 Years Ago, the U.S. Military Set Off a Nuke Underwater, And It Went Very Badly | Atlas Obscura

2 thoughts on “70 Years Ago, the U.S. Military Set Off a Nuke Underwater, And It Went Very Badly | Atlas Obscura”