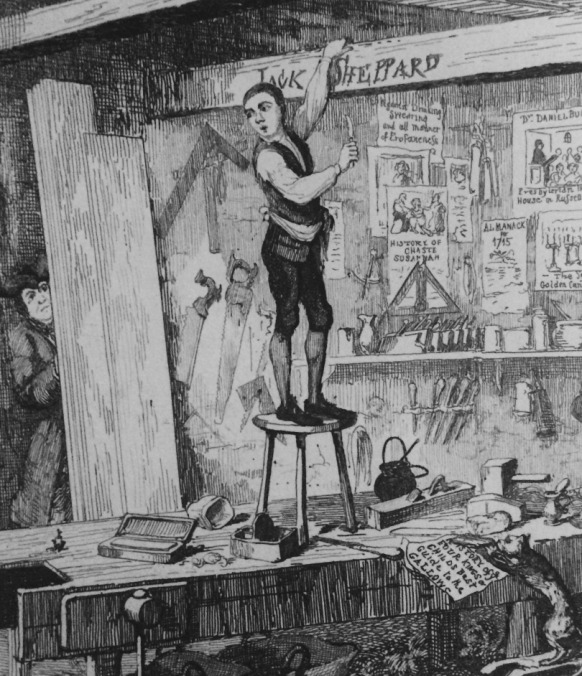 Jack Sheppard (1702-1724) is one of my favourite thieves, second only, in my opinion, to Robin Hood. He was rather like an eighteenth-century Artful Dodger, a proper cheeky chappie who thumbed his nose at authority, escaping from gaol no less than four times. This post gives a brief overview of his life and legend.

Jack Sheppard was born in Stepney, London in 1702. His father died when he was young, and Sheppard was placed into the care of the Parish Workhouse, where he remained for some time before being apprenticed to a carpenter named Mr. Wood, of Wych Street near Drury Lane. Contemporary accounts such as The History of the Remarkable Life of John Sheppard (1724), the authorship of which has been credited to Daniel Defoe, tell us that Sheppard was in his early years a perfect apprentice.

Sheppard’s downfall into criminal ways, however, seems to be traced to the time…