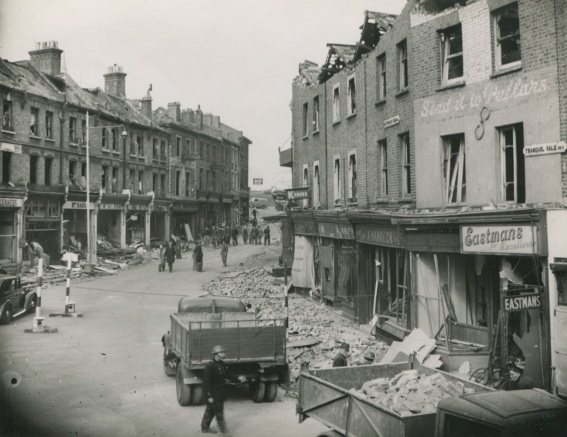 Just to the east of Blackheath station, behind the shops in Tranquil Vale is a car park with steps at the rear, locals use it as a cut through between Blackheath Grove and Wemyss Road. To the south of the car park there are a few architecturally nondescript looking 1960s shops, a restaurant, and a building that used to be a library but was closed a few years ago and is now a private school.

Until a Thursday lunchtime in March 1945 it was home to Blackheath’s Methodist Chapel. At 12:06 on 8 March 1945 the last V2 rocket to hit Blackheath landed on the Methodist chapel, completely destroying it and causing…