I read a series of blog posts recently that sought to prove beyond a reasonable doubt that Richard III ordered the deaths of his nephews. Whilst I don’t take issue with holding and arguing this viewpoint I found some of the uses of source material dubious, a few of the accusations questionable and some of the conclusions a stretch. There are several issues with the narrow selection of available sources that continually bug me. It is no secret that any conclusive evidence one way or another is utterly absent but I have issues with the ways the materials are frequently used. 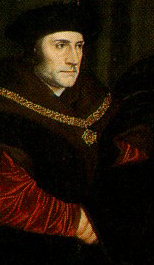 There are four main sources that are often used, two contemporary and therefore primary sources and two near-contemporary which are habitually treated as primary. The farthest away in time from the events that it describes is also the one traditionally treated as the most complete and accurate account, which in itself should urge caution. Sir Thomas More is believed to have started writing his History of King Richard III around 1513 when he was an Undersheriff of London and the first thing to note is that he never actually published the work. It was completed and released in 1557 by More’s son-in-law William Rastell. It is unclear what…