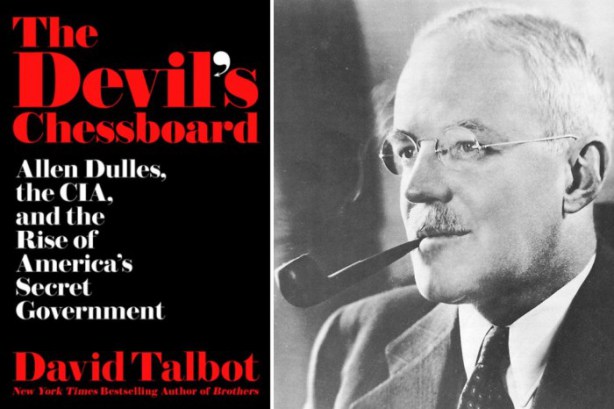 By now there’s not nearly as much disagreement regarding what happened to John and Robert Kennedy as major communications corporations would have you believe. While every researcher and author highlights different details, there isn’t any serious disagreement among, say, Jim Douglass’ JFK and the Unspeakable, Howard Hunt’sdeathbed confession, and David Talbot’s new The Devil’s Chessboard.

Jon Schwarz says The Devil’s Chessboard confirms that “your darkest suspicions about how the world operates are likely an underestimate. Yes, there is an amorphous group of unelected corporate lawyers, bankers, and intelligence and military officials who form an American ‘deep state,’ setting real limits on the rare politicians who ever try to get out of line.”

2 thoughts on “Why Allen Dulles Killed the Kennedys”