At the end of Bennett Park in Blackheath is a fine Grade II listed, red brick building which has two ‘badges’ of an interesting history – lettering above a doorway bearing the legend ‘Blackheath Art Club’ and close by a blue plaque for the GPO Film Unit, which was later to become the Crown Film Unit. 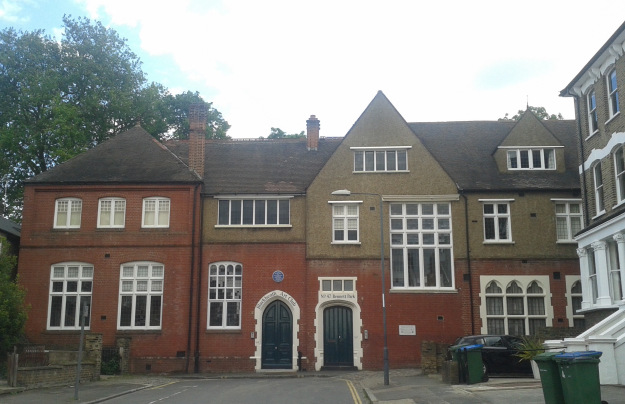 The Blackheath Art Club was founded in 1883 to ‘promote social intercourse among gentlemen interested in science, literature, painting and music in Blackheath and the neighbourhood’ (1). The Bennett Park building was completed in 1886 and formed both artists’ studios and exhibition space.

Neil Rhind’s fantastic book on Blackheath village has an interesting section on the Art Club, it had biannual exhibitions which he describes as ‘Blackheath’s alternative to the Summer Exhibition at the Royal Academy’ (2).