Originally posted on The Yesteryear Gazette. 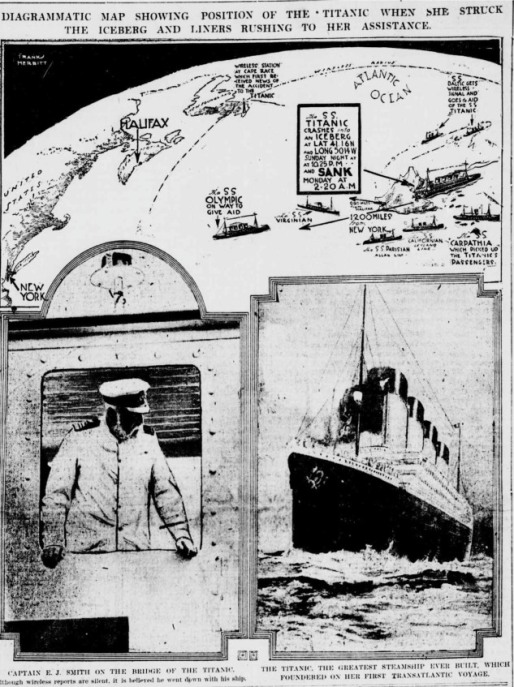 Only 886, Mostly Women and Children, Rescued

Wireless from Olympic’s Captain Gives News and Weeping Women Gather at White Star Offices to Learn Fate of Relatives – 1,323 Passengers on Ship and Crew of 890

No Word from Virginian or Parisian, Which Vice-President Franklin Hopes Saved Others – Disaster Greatest in History, if Hope is Unfounded – Captain Believed to Have Gone Down at His Post of Duty

First report placed the number of survivors, passengers and crew, at 675. At 2:30 o’clock this morning a dispatch relayed by the Olympic said the number aboard the Carpathia was 166.

A still later dispatch said that the Allan Line steamer Virginian had probably picked up some of the victims.

P. A. S. Franklin, vice-president of the International Mercantile Marine Company, admitted last night that probably only 675 out of more than 2200 souls on the lost vessel were saved, which means that more than 1,500 persons went down with her.

When the full text of the Olympics message was given out it was found that it estimated the lost at 1,800.