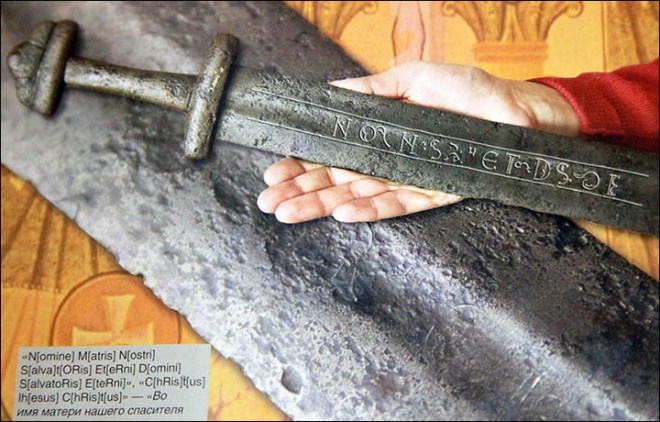 The scientists would be keen to hear from European experts who could throw more light on its origins. Picture: The Siberian Times

German made, Adorned in Sweden

How is it possible that a German-made 12th century blade, adorned in Sweden, reached Siberia?

Buried under a tree in the Novosibirsk region, Archaeologists discovered a medieval sword. Unearthed in 1975 scientists are looking to unlocking it’s secrets with the help of European experts. It is the only weapon of its kind ever discovered in Siberia.

What is known is that it’s origins lie in the Rhine basin of Germany, this beautifully engraved sword then possibly traveled to the Swedish mainland, or Gotland an island of Sweden were it was adorned with an ornate silver handle and Norse ruse pattern. 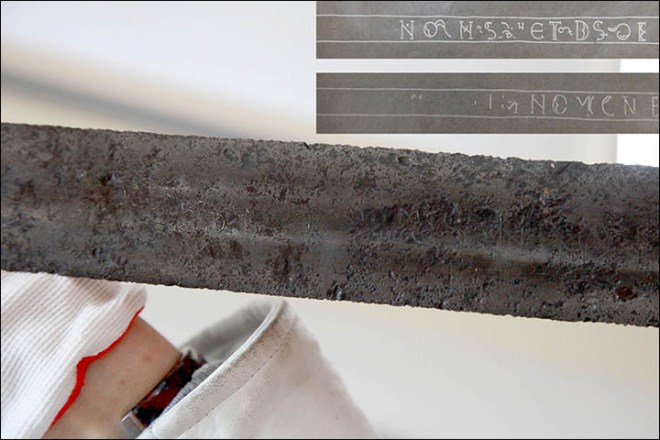 The blade was made in the Rhine basin of Germany in late 12th or early 13th century. Pictures: The Siberian Times

One thought on “Medieval Swedish Sword Found in Siberia”