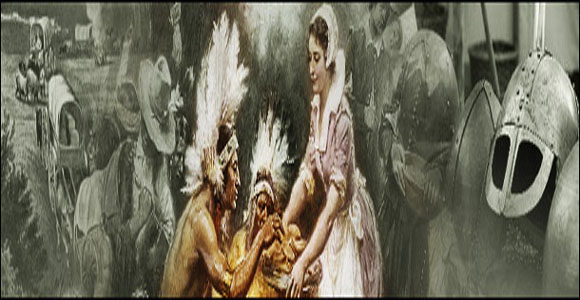 Our history books don’t really go into a ton of detail about how the Indians became an endangered species. Some warring, some smallpox blankets and … death by broken heart?

When American Indians show up in movies made by conscientious white people like Oliver Stone, they usually lament having their land taken from them. The implication is that Native Americans died off like a species of tree-burrowing owl that couldn’t hack it once their natural habitat was paved over.

But if we had to put the whole Cowboys and Indians battle in a Hollywood log line, we’d say the Indians put up a good fight, but were no match for the white man’s superior technology. As surely as scissors cuts paper and rock smashes scissors, gun beats arrow. That’s just how it works.

This is all the American history you’ll ever need…